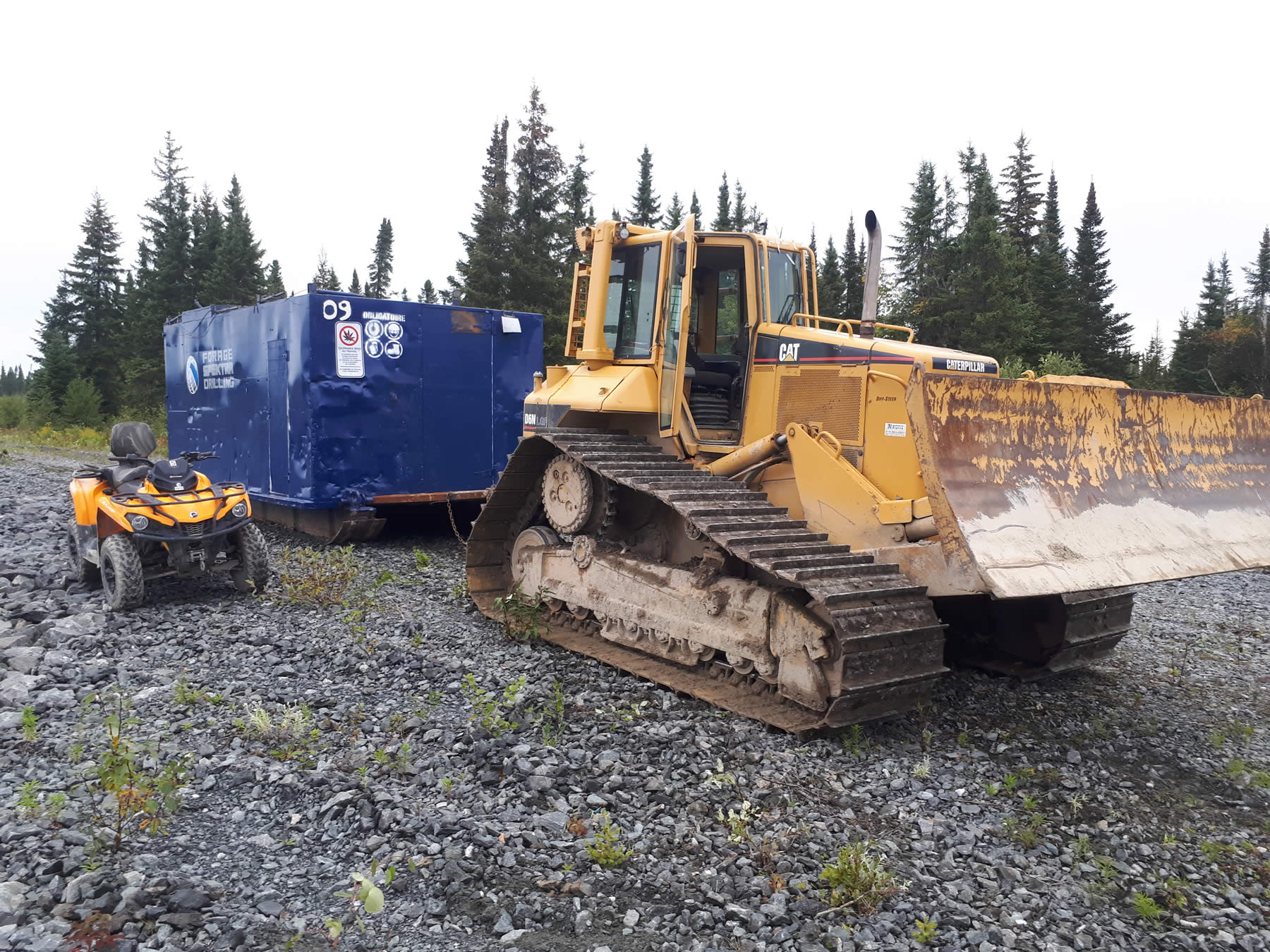 “These are truly the best results we have encountered so far on McKenzie Break, with the discovery of a new high-grade mineralized horizon to the east and below the current resource,” said Jean-Marc Lacoste, President and Chief Executive Officer of Monarch Gold. “This drilling has shown excellent continuity of the mineralization between holes drilled on 50-metre centres and a significant thickening of the mineralization towards the east and south. Based on these results, we intend to drill four additional holes at 50-metre spacings to continue testing the extension of this zone of high-grade mineralization. This 1,600-metre drilling program is scheduled to commence at the end of Q1.”

The extension of hole MK-18-199, located much further to the southwest, showed a broad zone of mineralization grading 1.47 g/t Au over 14.5 metres, at a depth of approximately 300 metres (see Figure 4).

Third and final set of drill results for the McKenzie Break property:

Sampling consists of sawing the core into equal halves along its main axis and shipping one of the halves to the ALS Minerals laboratory in Val-d’Or, Quebec, for assaying. The samples are crushed, pulverized and assayed by fire assay, with atomic absorption finish. Results exceeding 3.0 g/t Au are re-assayed using the gravity method, and samples containing visible gold grains are assayed using the metallic screen method. Monarch uses a comprehensive QA/QC protocol, including the insertion of standards, blanks and duplicates.

The technical and scientific content of this press release has been reviewed and approved by Ronald G. Leber, P.Geo., the Corporation’s qualified person under National Instrument 43-101.

Monarch Gold Corporation (TSX: MQR) is an emerging gold mining company focused on becoming a 100,000 to 200,000 ounce per year gold producer through its large portfolio of high-quality projects in the Abitibi mining camp in Quebec, Canada. The Corporation currently owns over 300 km² of gold properties (see map), including the Wasamac deposit (measured and indicated resource of 2.6 million ounces of gold), the Beaufor, Croinor Gold (see video), Fayolle, McKenzie Break and Swanson advanced projects and the Camflo and Beacon mills. It also offers custom milling services out of its 1,600 tonne-per-day Camflo mill.