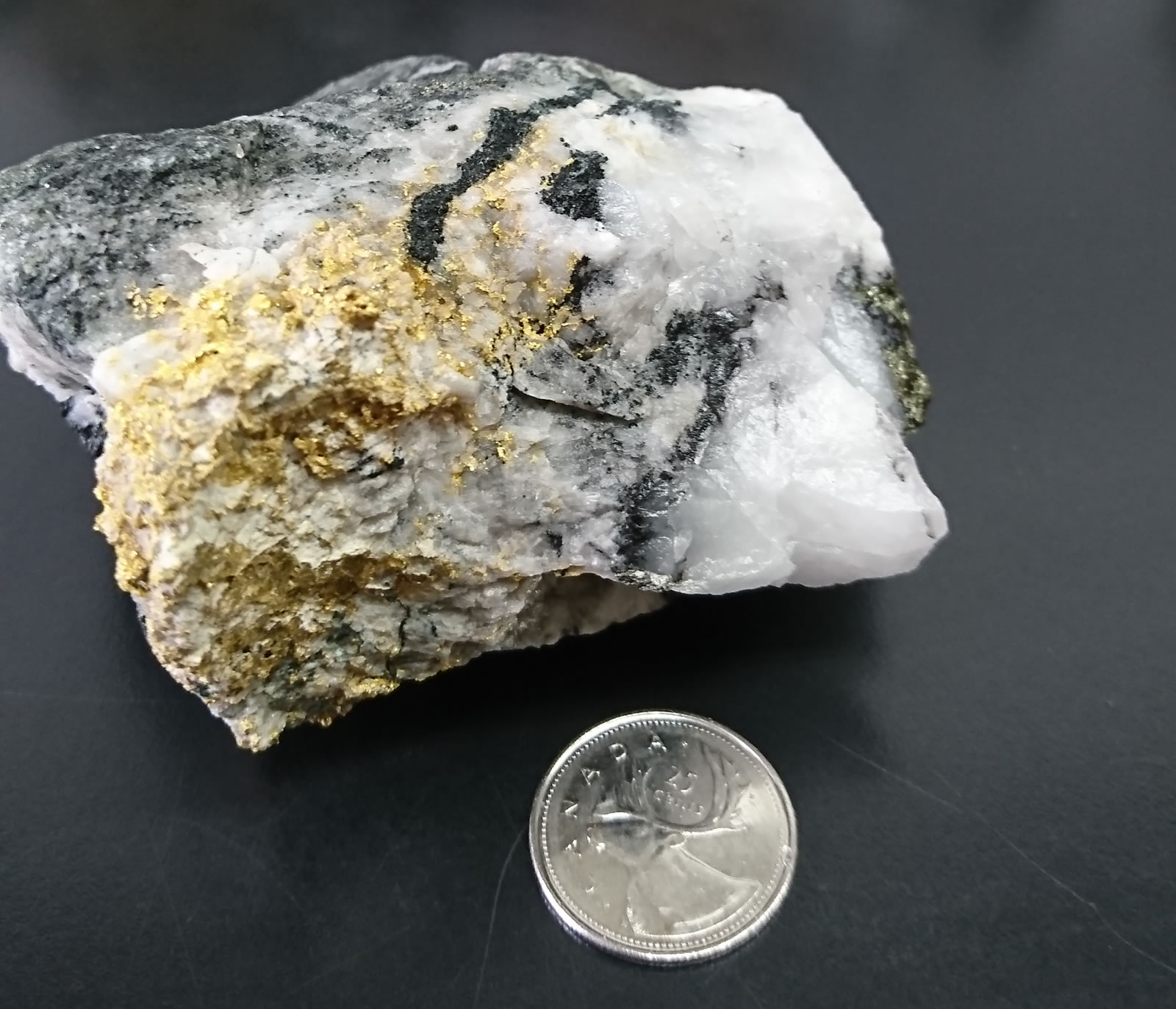 Montreal, Quebec, Canada, October 1, 2020 – MONARCH GOLD CORPORATION (“Monarch” or the “Corporation”) (TSX: MQR) (OTCQX: MRQRF) (FRANKFURT: MR7) is pleased to announce the first set of results from its 2020 exploration diamond drilling program on its wholly-owned Beaufor Mine project, 20 kilometres northeast of Val-d’Or. The results include a significant number of high-grade assays, including 783 g/t over 0.2 metres and 293 g/t Au over 0.5 metres.

The Beaufor Mine initially began commercial production in the early 1930’s and over the years has produced over 1.1 million ounces of gold. The mine is currently on care and maintenance, which has given Monarch an opportunity to complete a 3D compilation and a program to identify, define and drill targets throughout the mine area. In June 2020, the Corporation initiated a 42,500-metre diamond drilling program to test two types of targets: the areas around historical high-grade intersections near the existing underground infrastructure, and isolated resource blocks, which are typically defined by a single drill intersection. These “near-mine” targets can be tested from the existing underground workings, generally by holes less than 200 metres long. Currently, 275 holes are being drilled at 25-metre centres, and if positive results are received, additional holes will be drilled to allow the zones in question to be converted into reserves and included in a future mine plan.

The drilling program is being overseen by Christian Tessier, P. Geo., hired in July as Monarch’s Geology Superintendent for the Beaufor Mine project. Christian has over 10 years of experience as a mine geologist and was Senior Mine Geologist at the Canadian Malartic mine, where he worked for the last nine years. Prior to that, he worked for Richmont Mines for two years, where he was in charge of grade control, face mapping, long-hole stope design and diamond drill hole planning for Richmont’s Island Gold Mine. Mr. Tessier has a B.Sc. in Resource Geology from the Université du Québec à Montréal.

“The Beaufor property started production over 87 years ago and has yet to reveal all of its gold potential,” said Jean-Marc Lacoste, President and Chief Executive Officer of Monarch. “We plan to identify it with the help of Christian Tessier, our new senior geologist, who has solid underground drilling experience with Canadian Malartic and at Richmont’s Island Gold Mine, where he started his career. These new high-grade intersections demonstrate that significant veins and vein extensions still exist. Our ultimate goal is to restart gold production at the Beaufor Mine within 12 to 18 months to take advantage of the very favourable gold market.”

Monarch has also been taking advantage of the care and maintenance period at Beaufor to test a new technology, a prototype teleoperation system designed by Meglab (www.meglab.ca), on one of Beaufor’s mine Caterpillar shuttle loaders.

“Monarch is always open to testing new technologies that could eventually help us explore and produce more efficiently, at the lowest possible cost,” said Mr. Lacoste. “We have achieved outstanding results with Meglab’s technology in the past few months, and we think it could prove very useful once operations resume at the mine.”

Best results for the Beaufor Mine property, 2020 drilling program (first set of assays):

Sampling consists of sawing the core into equal halves along its main axis and shipping one of the halves to the ALS Canada in Val-d’Or, Quebec, for assaying. The samples are crushed, pulverized and assayed by fire assay, with atomic absorption finish. Results exceeding 3.0 g/t Au are re-assayed using the gravity method, and samples containing visible gold grains are assayed using the metallic screen method. Monarch uses a comprehensive QA/QC protocol, including the insertion of standards and blanks.