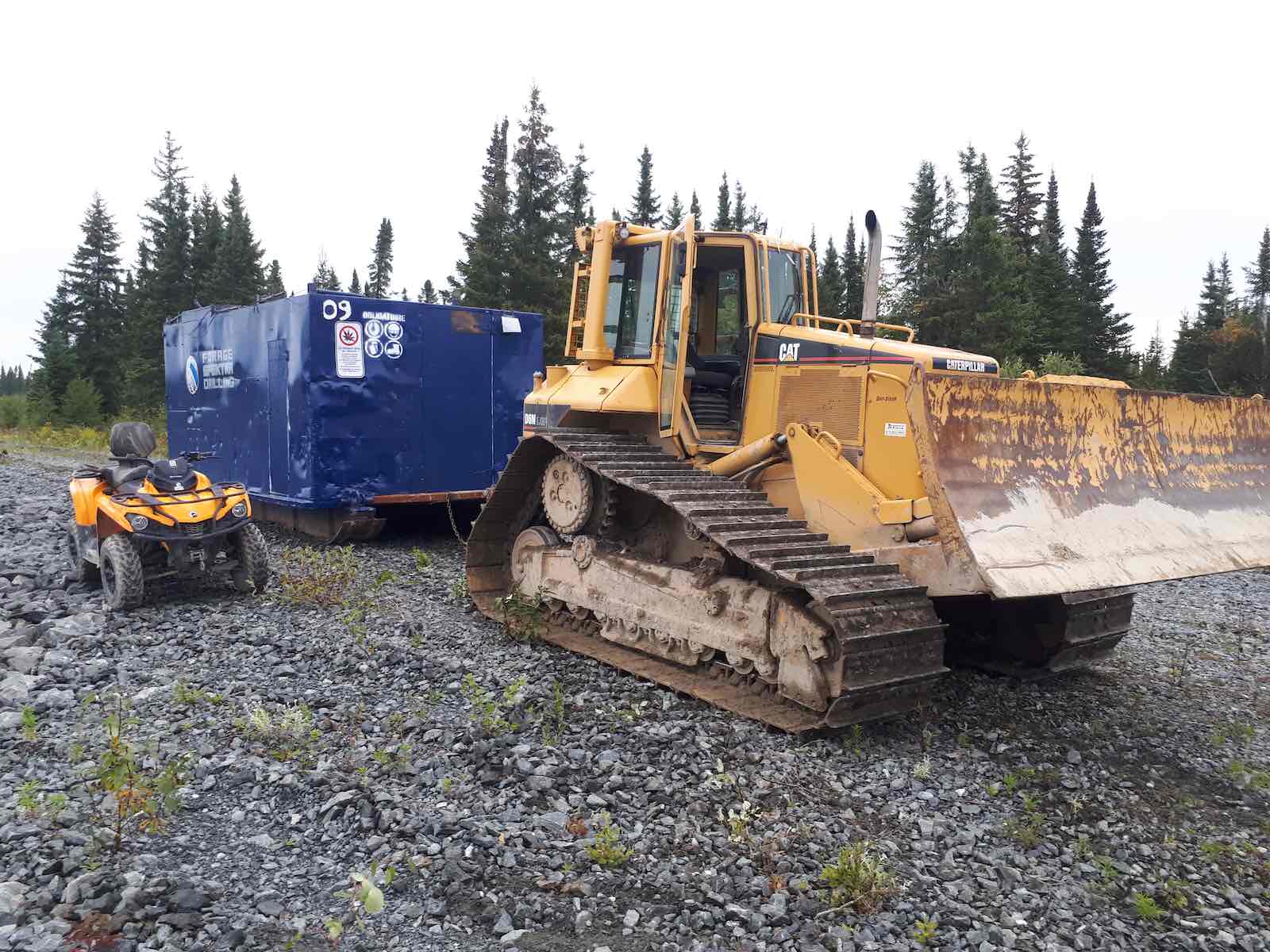 The Swanson property, acquired from Agnico Eagle Mines Limited, consists of 127 mineral claims and one mining lease covering an area of 5,125.8 ha, or 51.26 km2, and has a 500-metre ramp down to 80 metres. The property is crossed by a railway track and a transmission line and is also accessible year-round via Route 397 and a gravel road (see Figure 1).

In January 2021, InnovExplo Inc. of Val-d’Or prepared a NI 43-101 mineral resource estimate for the Swanson deposit (Christine Beausoleil, P.Geo., and Alain Carrier, P.Geo., of InnovExplo), which indicates that:

The Swanson deposit is interpreted as a monzonite-associated disseminated gold deposit located along a major regional structure. The gold mineralization is typical of other structurally controlled gold deposits associated with felsic intrusions. The resource within the deposit measures approximately 500 m along strike by 400 m wide and has been tested to a depth of 500 m.

Monarch has reviewed and completed a compilation and 3D modelling of the data around the estimated resource. This work has led to the identification of several priority drill targets along strike from and below the current resource. A preliminary 5,000-metre drilling program will start later in November 2021 with the aim of expanding the currently defined mineralized zones (see Figure 2).

Previous holes drilled in the Swanson deposit area by Lac Minerals Ltd in 1982 (GM40148) and in 1985 (GM42538), which were included in the 2021 NI 43-101 mineral resource estimate, identified high-grade gold mineralization over significant widths. Most of these intersections are within the first 100 metres below surface. The better intersections are shown in Table 1.

“We are very pleased to be starting this initial 5,000-metre drilling program in and around our wholly-owned Swanson deposit, one of three projects we are actively exploring at this time,” said Jean-Marc Lacoste, President and Chief Executive Officer of Monarch. “Similar to our McKenzie Break property, we are hoping that through 3D modelling and diamond drilling we can significantly expand the currently defined mineral resource.”

Monarch holds a 100% interest in the Swanson property, which consists of one mining lease and 127 claims covering over 51.26 km2. A NI 43-101 mineral resource estimate for the Swanson property was prepared for Monarch by InnovExplo in January 2021. The estimate is based on a database of 209 drill holes (146 surface holes and 63 underground holes) and 10,000 assays. Grades were capped at 15 g/t Au for the mineralized zones and 4 g/t Au for the dilution envelope. Capping was applied to raw assays before compositing. The mineral resource was estimated using a minimum cut-off grade for two combined potential extraction scenarios: constrained pit and underground. Cut-off grades of 0.75 g/t Au for constrained pit and 2.40 g/t Au for underground were defined based on a gold price of CA$2,160 and an exchange rate of 1.34 USD/CAD.  The independent and qualified persons for the mineral resource estimate, as defined by NI 43101, are Christine Beausoleil, P.Geo., and Alain Carrier, P.Geo., of InnovExplo. The technical report summarizing the results of the mineral resource estimate can be viewed on Monarch’s website.

Table 2: Combined resources by category for the Swanson deposit at the selected cut-off grades

Monarch Mining Corporation (TSX: GBAR) (OTCQX: GBARF) is a fully integrated mining company that owns four projects, including the Beaufor Mine, which has produced more than 1 million ounces of gold over the last 30 years. Other assets include the Croinor Gold, McKenzie Break and Swanson properties, all located near Monarch’s wholly owned 750 tpd Beacon Mill. Monarch owns 28,702 hectares (287 km2) of mining assets in the prolific Abitibi mining camp that host a combined measured and indicated gold resource of 478,982 ounces and a combined inferred resource of 383,393 ounces.