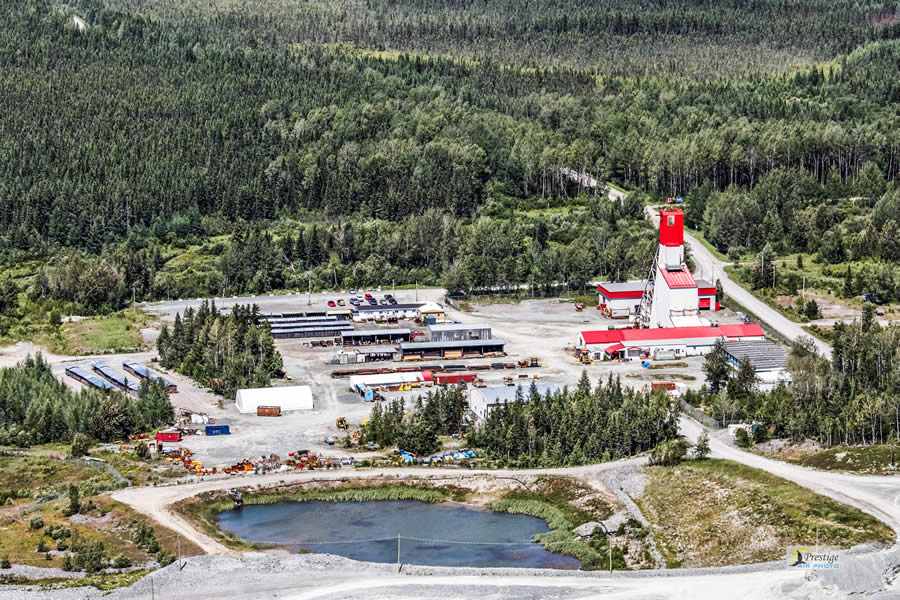 Monarch Mining Updates Mineral Resource At The Beaufor Mine

The Beaufor mine began commercial production in the early 1930s and over the years has produced over 1.1 million ounces of gold. The mine is currently on care and maintenance, which has given Monarch an opportunity to complete a 3D compilation and targeting program to identify, define and drill exploration targets throughout the mine area. In June 2020, the Corporation initiated a 42,500-metre diamond drilling program to test two types of targets: the areas around historical high-grade intersections near the existing underground infrastructure, and isolated resource blocks, which are typically defined by a single drill intersection. These “near-mine” exploration targets can be tested from the existing underground workings or by shallow holes drilled from the surface. Currently, 275 exploration holes are in the process of being drilled or are planned, and if they produce positive results, additional holes will be drilled to allow the zones in question to be converted into resources and ultimately reserves, for inclusion in a future mine plan. Along with the surface drilling, the underground portion of this exploration program has been ongoing since June 2020 with four underground drill rigs. The first series of underground assay results were reported in a press release dated October 1, 2020, while the first series of shallow, near-surface drill results were reported in a press release dated January 19, 2021. These recent drill results were not part of the current resource estimate.

The current mineral resource estimate was prepared by Christian Tessier, P.Geo., of Monarch and reviewed and validated by Carl Pelletier, P.Geo., of InnovExplo Inc. of Val-d’Or (Quebec), using all available information. The 2020 mineral resource estimate included information up to October 27, 2020.  The effective date of the 2020 MRE is December 18, 2020.

The 2020 mineral resource estimate area covers an approximate strike length of 1.5 km by a width of 900 m, down to vertical depth of 1,200 m below surface. The project database used for the 2020 mineral resource estimate contained 10,009 drill holes (882,544 m) and 178,242 assays as at October 27, 2020. It comprises 63 distinct mineralized zones that generally follow east-west trending corridors in the granodiorite, generally in the vicinity of a contact with mafic volcanic rocks. The gold mineralization occurs predominantly in the quartz veins and sometimes with disseminated pyrite in the altered granodiorite in the wall rock of the quartz veins.

The table below presents the results of the 2020 mineral resource estimate for the project at a 3.20 g/t Au cut-off grade for potential extraction methods as at December 18, 2020.

“Monarch Mining continues to advance the Beaufor property in order to return it to commercial production,” said Jean-Marc Lacoste, President and Chief Executive Officer of Monarch. “The resource estimate confirms that there is still significant mineralization in the mine. We plan to continue with our current exploration program aimed at identifying and drill-testing high-grade veins and vein extensions, with the ultimate goal of growing this resource and restarting gold production at the Beaufor Mine within 8 to 14 months to take advantage of the very favourable gold market.”

Monarch Mining Corporation (TSX: GBAR) is a gold mining, development, and exploration company, focused in the prolific Abitibi mining camp in Canada. The Corporation owns four advanced gold properties including the fully permitted past producing Beaufor Mine, which has produced over 1 million ounces of gold over the last 30 years. Other advanced assets include the Croinor Gold, McKenzie Break and Swanson properties, all located in the vicinity of its wholly owned and fully permitted 750 tpd Beacon Mill.