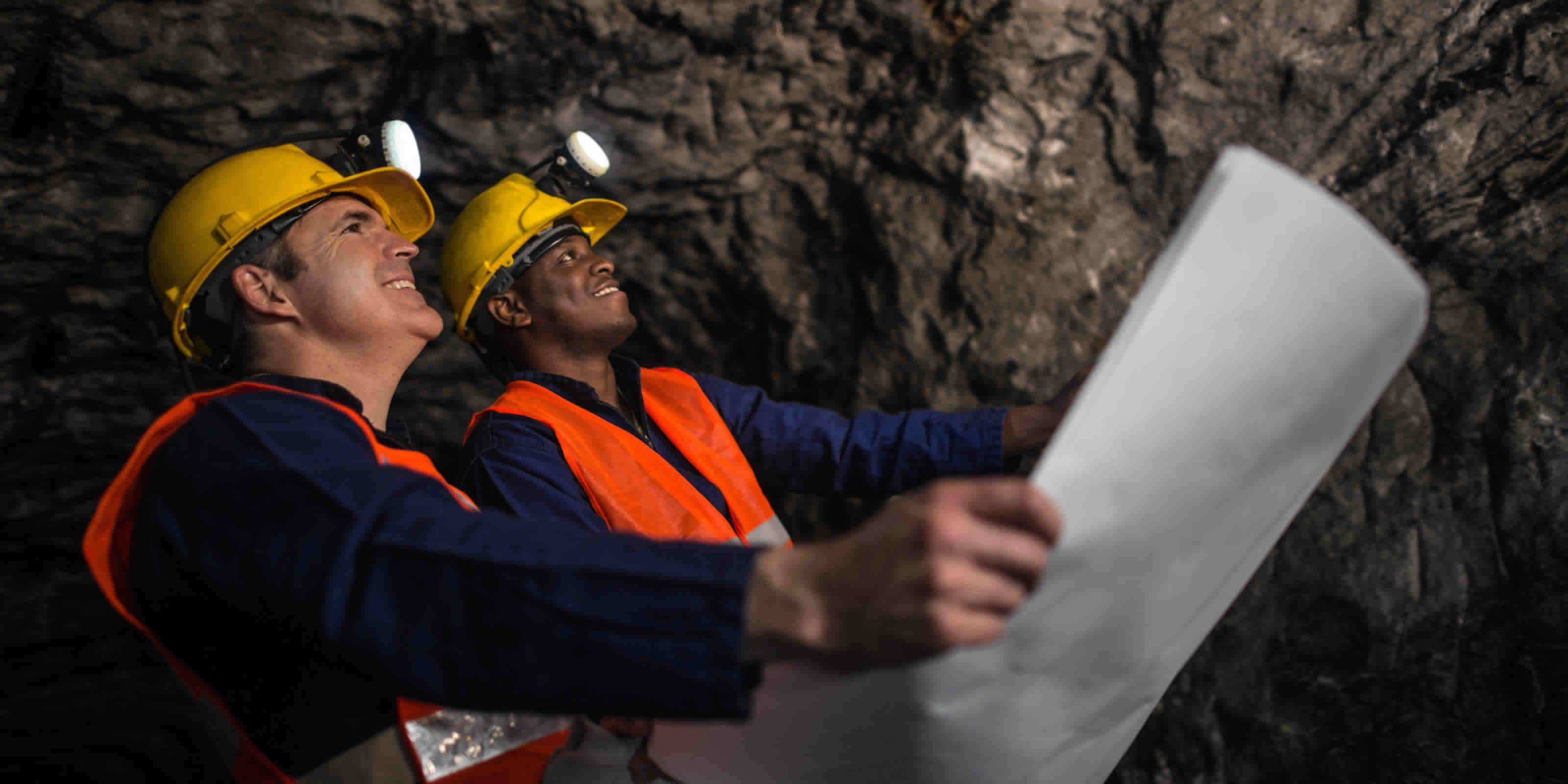 Growing our gold mining activities with our people while caring for the environment.

Monarch Mining is a fully integrated Canadian gold mining company whose goal is to acquire, explore and develop mineral properties into gold mines in the Abitibi region of Quebec for the purpose of creating value for all our stakeholders while upholding high environmental and social standards.

Working as a team to support the Company’s growth

Using the latest technologies and knowledge to advance our projects

Making sure our employees have a safe and secure work environment

Caring for the environment and our local communities

Committed to building mines in Abitibi

Jean-Marc Lacoste earned his bachelor’s degree in Economics from McGill University in Montreal. In 1993 Mr. Lacoste started a career in finance at the Montreal Stock Exchange where he worked for National Bank Financial and, subsequently, Merrill Lynch Canada. In 2000 he left Montreal for Toronto to join Northland Power, a wind power energy corporation, as Vice President of Acquisitions.

He returned to Montreal in 2002 where he joined the boards of a few public and private companies. From 2004 to 2010, he took a major role in Golden Goose Resources Inc. where he became President and CEO and COB. Mr. Lacoste has great leadership skills and will be a tremendous asset for Monarch Mining Corporation.

Mr. Lévesque has 20 years of experience in the field of financial reporting and the management of corporations including several in the mining sector. His experience in the mining industry is diverse ranging from exploration corporations to those in production. Mr. Lévesque began his career as an auditor in two majors accounting firms, Raymond Chabot Grant Thornton L.L.P. and Deloitte LLP, where he worked for 10 years. He then worked as a consultant for various corporations and held the position of Chief Financial Officer for publicly traded companies.

He holds since 2003 the position of Chief Financial Officer for another mining corporation listed on the TSX Venture Exchange. Mr. Lévesque is CPA, CA and a member of the Ordre des comptables professionnels agréés du Québec. He holds a bachelor degree in business of administration from Université Laval since 1995.

Mathieu Séguin has been an investment banker since 2002, with a focus on small and mid-capitalization issuers across various sectors, including mining, industrial and technology. During his career, he has advised clients on a broad range of transactions, from equity and debt financings to mergers and acquisitions.

David Langlois is a mining engineer with more than 15 years of experience in the mining industry, including open pit and underground mining. Before joining Monarch Mining, he was working with IAMGOLD as a Mine Technical Services Superintendent for the Westwood mine. Prior to this, Mr. Langlois worked in progressive technical and operational roles at the Glencore (formerly Xstrata) Raglan mine, Xstrata Brunswick mine and Stornoway Renard mine.

David is a member of the “Ordre des Ingénieurs du Québec” and holds a Bachelor of Mining Engineering from École Polytechnique in Montreal. In addition, he earned a Certificate in Mining Law from Osgoode Hall Law School. David is a PMP Charterholder and he is also a CFA Level II candidate.

Dany Boisvert has over 30 years of experience in Quebec mining operations. During his career, he progressively climbed the ranks at Cambior (Doyon mine), Agnico-Eagle (Laronde and Lapa mines), IAMGOLD (Mouska, Niobec and Westwood mines) and Monarch Gold (Beaufor mine) to reach the position of General Manager of Operations. Prior to returning to Monarch in 2021, he was General Manager at Groupe Minier Technica where he was responsible for establishing this new contractor in Quebec.

Mr. Boisvert is a graduate of the CEGEP de l'Abitibi-Témiscamingue in mineral technology and has been President of the Governing Board of the Centre de formation professionnelle de Val-d'Or since 2016.

Ms. Desjardins joined Monarch in December 2017. Over the course of her career, Ms. Desjardins specialized in business law, in particular securities law, with major law firms in Montreal, Québec, including Desjardins Ducharme Stein Monast, LLP, from 2000 to 2002, and Lavery, de Billy, LLP, from 1997 to 2000 where she worked almost exclusively with exploration mining companies. Before joining the Corporation, Ms. Desjardins gained extensive experience as corporate counsel with domestic and international companies, including Groupe Optimum Inc. from 2015 to 2017; MEGA Brands Inc. from 2010 to 2014; Quebecor World Inc. from 2008 to 2010; IAMGOLD Corporation from 2006 to 2007; and Cambior Inc. (now part of IAMGOLD) from 2002 to 2006.

Ms. Tremblay has over 25 years of experience working as a professional geologist in gold, nickel and base metal exploration throughout Quebec and occasionally in Latin America. She was employed by Falconbridge up until 2005, when she began working for junior mining companies such as Boreal Exploration, Everton Resources, Focus Metals, Osisko and Adventure Gold (now Probe Metals). Prior to joining Monarch Mining, she spent three years as Senior Geologist - Communications at Monarques Gold Corporation.

Solid expertise in the mining sector

Chairman of the Board

Mr. Bouchard, who has been involved in the exploration, development and production aspects of the mining sector for over 30 years, brings a wealth of knowledge and experience with him. He was President and Chief Executive Officer of Clifton Star Resources Inc. from November, 2011 to April 2016. He has been a director and senior officer of several public companies in the mining sector.

Jean-Marc Lacoste earned his bachelor’s degree in Economics from McGill University in Montreal. In 1993 Mr. Lacoste started a career in finance at the Montreal Stock Exchange where he worked for National Bank Financial and, subsequently, Merrill Lynch Canada.

From 2004 to 2010, he took a major role in Golden Goose Resources Inc. where he became President and CEO and COB. Mr. Lacoste has great leadership skills and will be a tremendous asset on the Board of Monarch Mining Corporation.

Ms. Daigle is a chartered accountant and a member of the Ordre des comptables professionnels agréés du Québec (Quebec CPA Order) and holds a bachelor’s degree in accounting sciences from the Université du Québec en Abitibi-Témiscamingue.

Laurie Gaborit has over 20 years of investor relations and corporate communications experience in the mining industry. She recently held the position of Vice President, Investor Relations, at Detour Gold Corporation. As a key member of Detour Gold’s management team, she participated in the company’s initial public offering in 2007 and its transformation from exploration company to intermediate gold producer within a seven-year period, during which time Detour Gold’s market capitalization increased from $120 million to over $3 billion.

Ms. Gaborit holds a Bachelor of Science in geology (Hons.) and is a member of the Canadian Investor Relations Institute (CIRI) Board. In 2019, she was the recipient of the CIRI Belle Mulligan Award for Leadership in Investor Relations.

Mr. Pichette holds a Bachelor of Engineering degree in Mining and a Master’s degree in Rock Mechanics from Ecole Polytechnique, Montreal. He has over 35 years of experience in the mining industry. Mr. Pichette has held managerial positions with many Canadian companies, including Placer Dome, TVX Gold, Barrick Gold, Cambior, and until recently, he was the Executive Vice President and COO at Richmont Mines.